If you click on a link and make a purchase we may receive a small commission. Learn more.
About Dungeons & Dragons 5E

So, you’ve learnt how to play D&D, what you need to buy to play D&D, how to get started with D&D as a player, read through our Dungeon and Dragon’s A-Z terms guide, and now you’ve finally reached the most exciting and confusing part of D&D: character creation.

With the myriad of choices available to you, where the ruddy hell do you even start? Do feel free to skip this part if you’re just interested in having the nitty-gritty number-crunching of Dungeons & Dragons 5E character creation explained. Otherwise, you’re welcome to join us on our step-by-step guide to D&D character creation as we ruminate on what to think about when dreaming up your roleplaying avatar.

Use the D&D 5E Player’s Handbook

If it’s your first time creating a character, then we recommend sticking to the standard options included in the Player’s Handbook, rather than straying towards anything in the wider lexicon of D&D or, god forbid, any homebrew content. Just don’t say we didn’t warn you (creating a workable goblin is rather tricky).

Have a look over the pages dedicated to character creation in the Player’s Handbook (chapters two and three), and see if anything catches your eye. Yes, we do want to provide a more accessible guide to character creation than the official manual, however there’s nothing wrong with having a skim through these initial pages in the pursuit of inspiration.

As mentioned in our guide on how to get started with Dungeons & Dragons as a player, we’d also really recommend looking everywhere for character inspiration. Your character is undoubtedly one of the most important aspects of your D&D experience, so taking your time and getting it right is crucial, especially if you’re in it for the long haul. (You don’t want to get stuck with Dobbins the halfling barbarian for three years.) Think about what characters have made their mark on your cultural psyche over the years – not just in fantasy media, but in any setting or medium. For example, I read an obscene amount of young adult fiction, so one of my current characters is inspired by a typical young adult heroine - empathetic, naive, enthusiastic and creative. 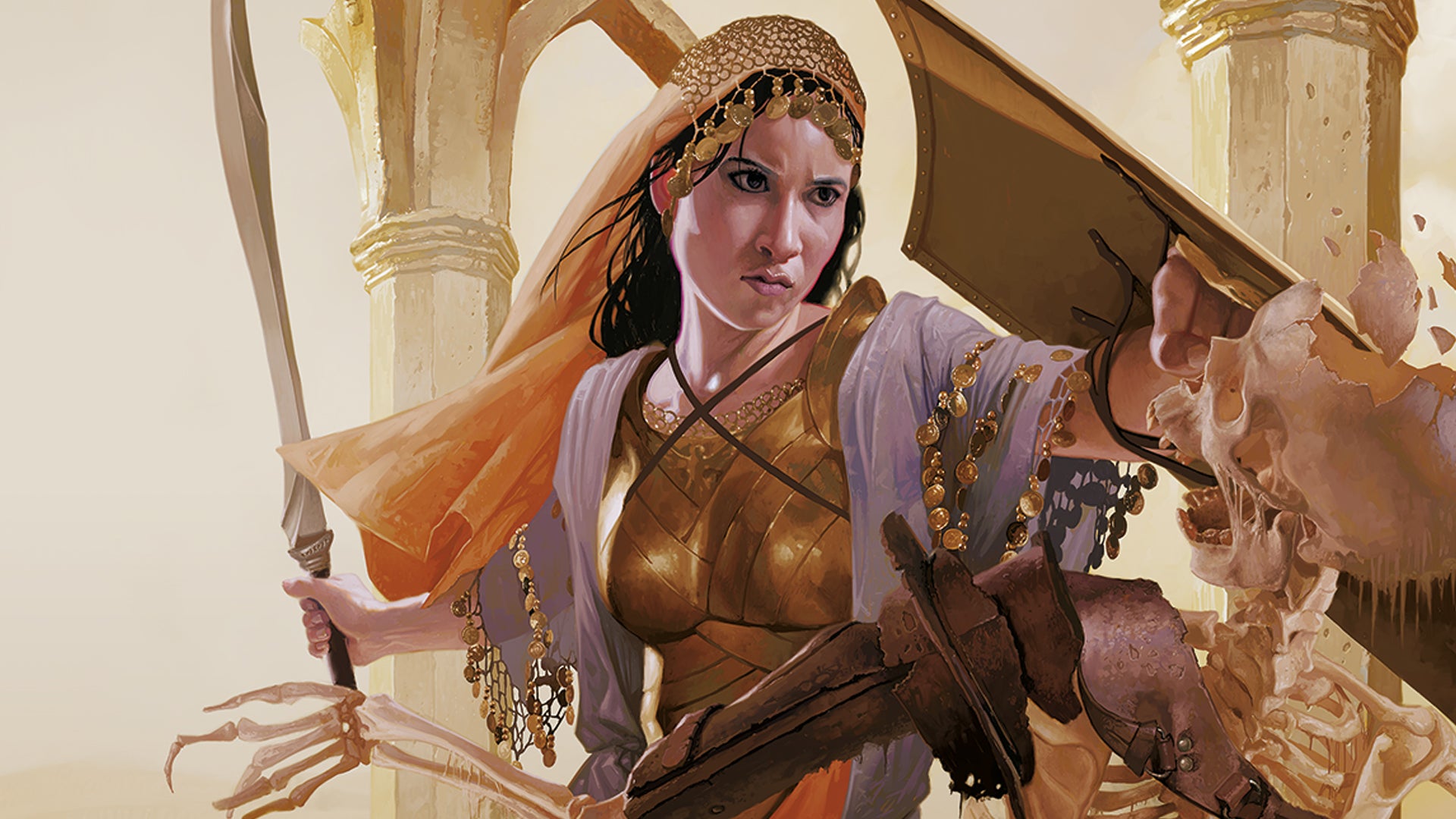 This is especially important when devising your character’s backstory, as it determines how your character fits in the game’s world, and most critically, what drives them. Characters with no agency aren’t just boring to watch, but they’re boring to play as well. Even if you’re not as into this part of the character creation as the more specific aspects (such as ability scores and features), just giving a simple motivation elevates a D&D character above being a purposeless blob. Having a clear motivation, makes those moments of character interaction and decision making much easier, which is particularly advisable if you’re not so hot on the ol’ impromptu acting side of roleplaying. Anyone who tells you that backstory isn’t important to a D&D character is straight up wrong, because it serves more than just a narrative purpose, it helps to shape your entire approach to roleplaying.

If you’re really struggling with developing a backstory, have a look at how some of the official D&D 5E pre-generated character sheets do it. You can certainly do things a lot looser than this, but following the structure (and even straight-up borrowing aspects from these sheets) can provide a good template of how to go about creating a character that functions beyond the boundaries of combat.

Your background could as docile as that of a reliable tradesperson, looking to venture out and develop a new network of trade links to further your family’s business. You may have a stubborn-streak, and a heavy dose of naivety, but you’re fiercely loyal and a dab hand with an axe.

Or you could go for something a little more dramatic, like a child of a once great tribe of spellcasters, now ruined thanks to the actions of a government or faction. You’re a blunt but fair individual seeking retribution for the pain your people have suffered at the hands of bureaucracy. A sucker for a sob story and knowledgeable in the arcane.

And that’s just two ideas I’ve pulled out of the gelatinous innards of my wrinkled brain. 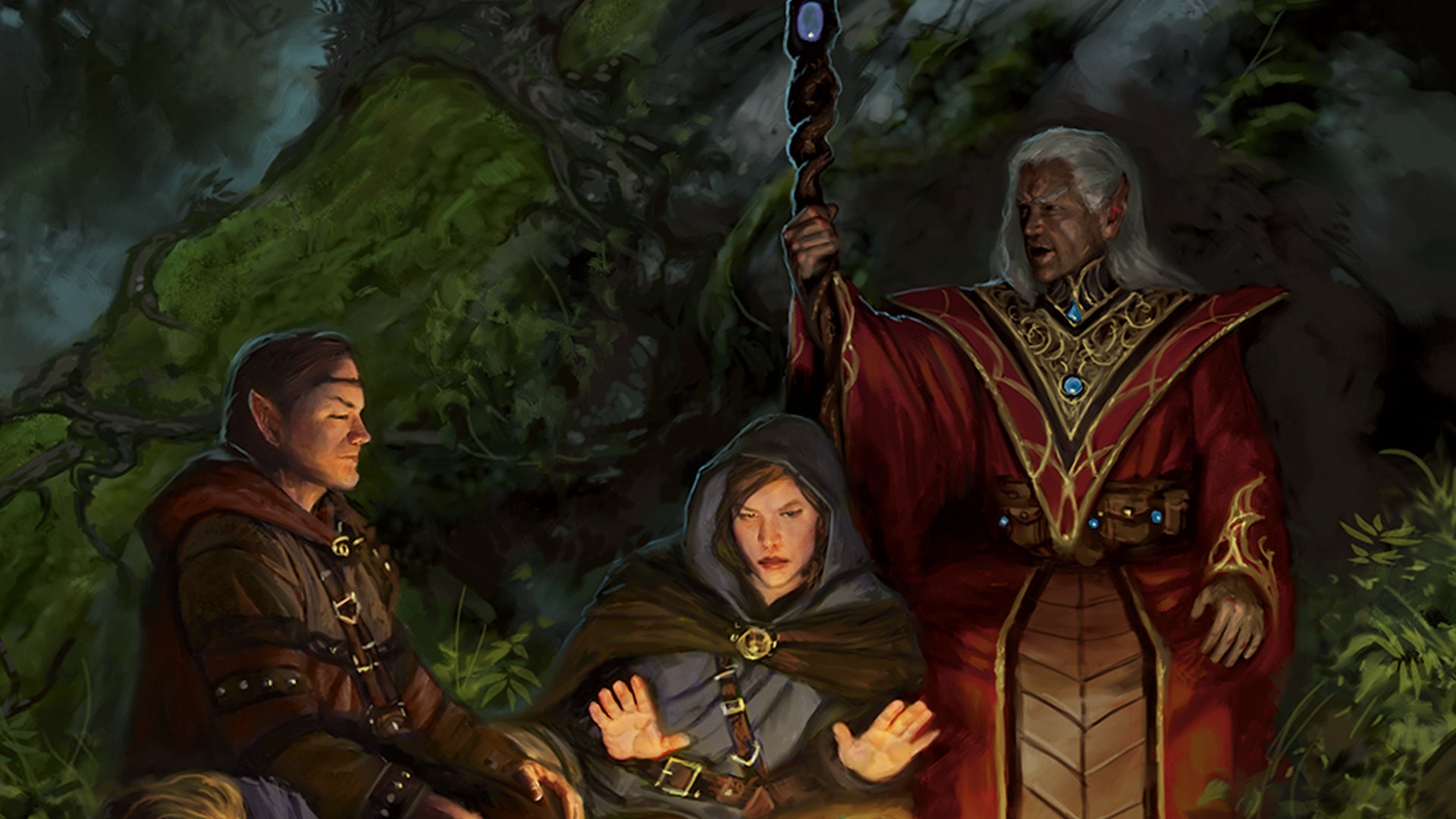 Think about how you want to play

Other than backstory, getting inspired can also help with the more mechanical aspects of character creation, such as what kind of build you might decide to go for. For example, a character’s background or personality traits might determine what kind of armour or weapons they prefer. A once dedicated blacksmith my take their smelting hammer and fashion a heavy raiment to wear. Or a now-banished hunter might apply their bow and arrows to cutting down monsters. Think about the classic combat capable characters you’ve been been drawn to in the past, and could potentially base your D&D character on them.

Once you have a general idea of what you envision your character to be like, you can take the necessary steps to transform this image into a working D&D character by contining your journey in our next guide, where you'll find Dungeons & Dragons 5E character creation explained.

More How To Guides