If you click on a link and make a purchase we may receive a small commission. Learn more.

The world of movie board games can leave a lot to be desired. For the most part, it’s packed full of endless Monopoly adaptations, lazy cash-ins and roll-and-move games of staggering inanity. Like we need anymore of those!

However, not all movie games are made equal. We’ve collected together the best games based on films that hold up independently as good board games, irrespective of the cinematic universe they’re pulled from.

So whether you’re interested in finagling Chinese sorcerers, fending off murderous space cannibals or chomping on your crewmates as a giant shark, we’ve got the top board game movie tie-ins for you. 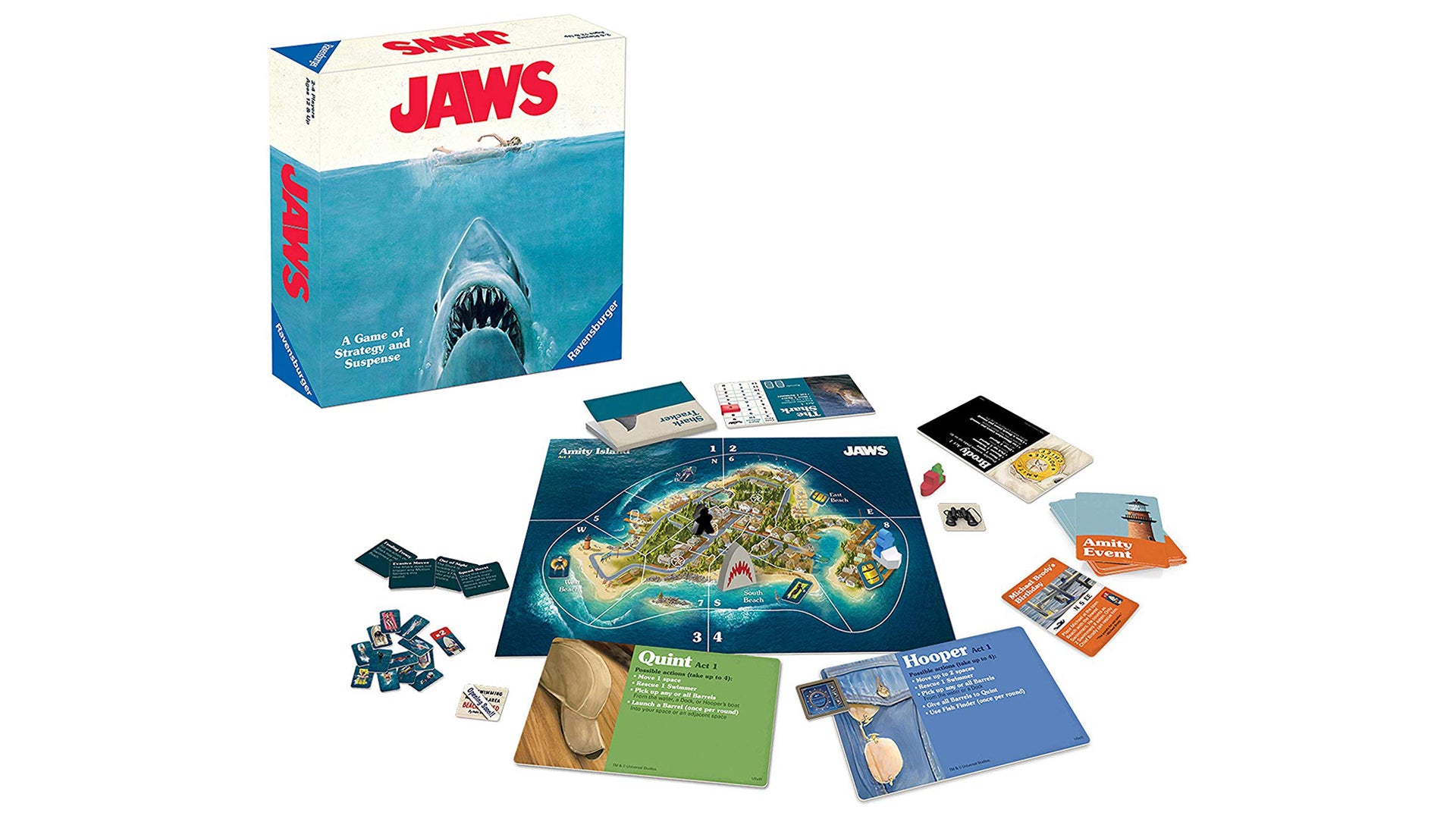 Eat or be eaten in Jaws. One of you plays the titular murderous shark, while the others are the surly hunters.

Set on grey Amity Island, the game follows two phases. In the first, the shark chomps down on fleshy swimmers. Meanwhile, the other players attempt to trace the beast - and avoid becoming buffet.

The second phase recreates the bloody finale of the film, with all characters abroad a sinking ship fighting for their lives.

Sharky death boy can win by capturing players or munching down further on the boat. On the other hand, players need to wipe him out for victory.

Surprisingly often, this involves sending one dude down into the sea armed with a hammer and/or baseball bat.

2. Big Trouble in Little China: The Board Game One of the most popular outings for horror auteur John Carpenter, Big Trouble in Little China is a wild movie labyrinth of psychedelia, gang violence and haunted sorcerers sporting laser eyes.

This game recreates the film in both story and spirit - making it a co-operative cult classic.

Just like in the film, you play a hard-boiled trucker trying to save the gal. In a bid to find her, you’ll battle evil henchmen before old beardy laser eyes himself: Lo Pan.

Split into two acts, the first part sees you beating up thugs and getting those levels in, while the second part follows the descent into Lo Pan’s lair.

Weapons, magic and dice rolls will determine your fate. It’s an absolute no-brainer purchase for any fans of the mighty Carpenter (tactics often end up recreating scenes from the film), and is really good fun to boot. 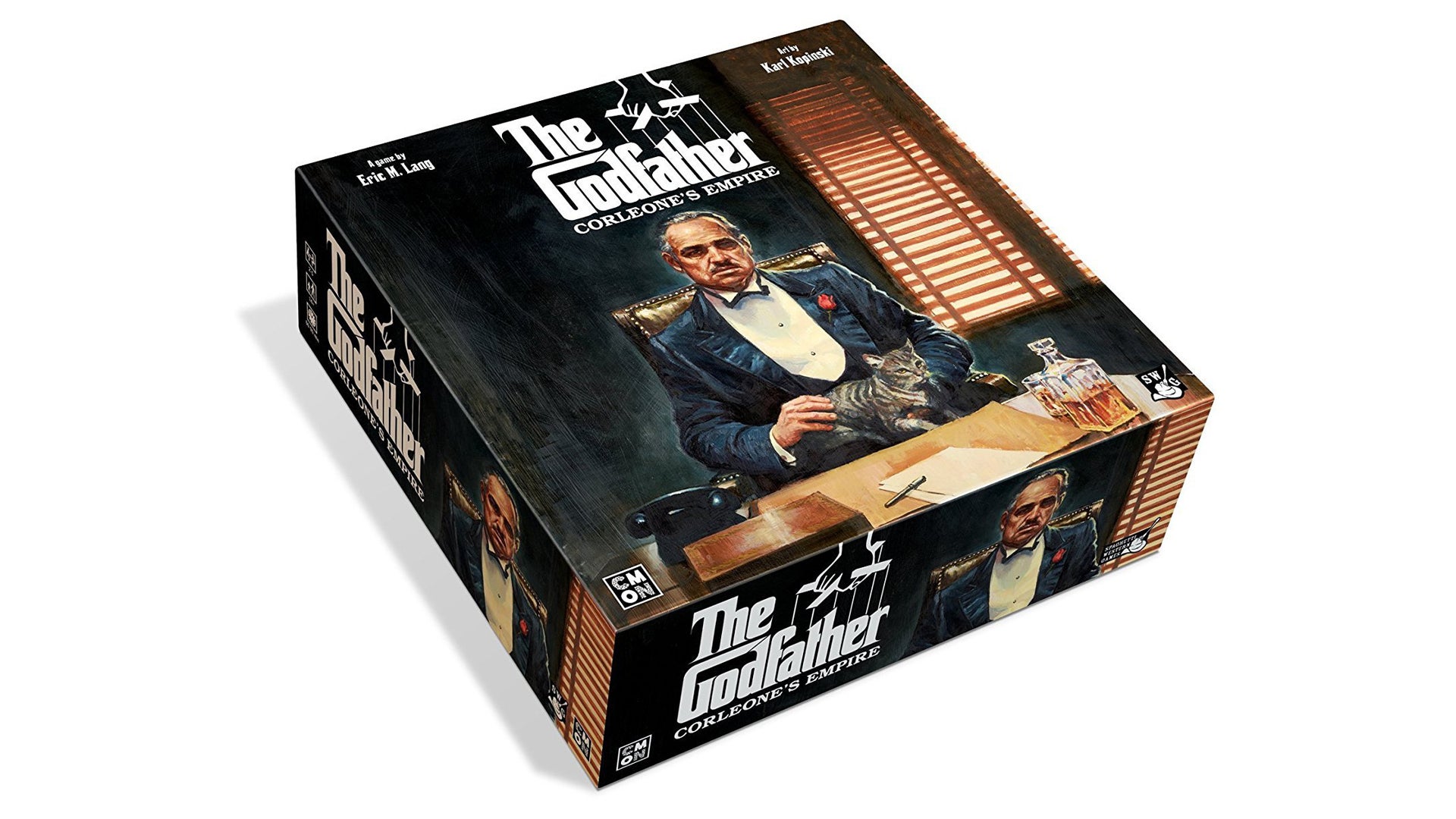 Get stuck into some ‘thugs on a map’ action with this adaptation of the iconic film The Godfather from Blood Rage designer Eric Lang. Much like the gangster movie, it’s chockful of murder, extortion and one Don Corleone.

Rushing across four acts, it starts out from the wedding and moves onto the film’s final bloody climax.

You play competing mafia families vying for control of New York City through violence and strategic plays. All the criminal trappings are there: booze, bosses, tribute, property takeovers, drive-by shootings and a whole lot of blood.

As is tradition: whoever accrues the most cash wins.

Abundant miniatures, delightful setpieces (tiny metal hinged suitcases anyone?) and even a small decapitated horse’s head make this a unique and bloodthirsty board game experience perfect for fans of the movie - or just criminal activity in general. 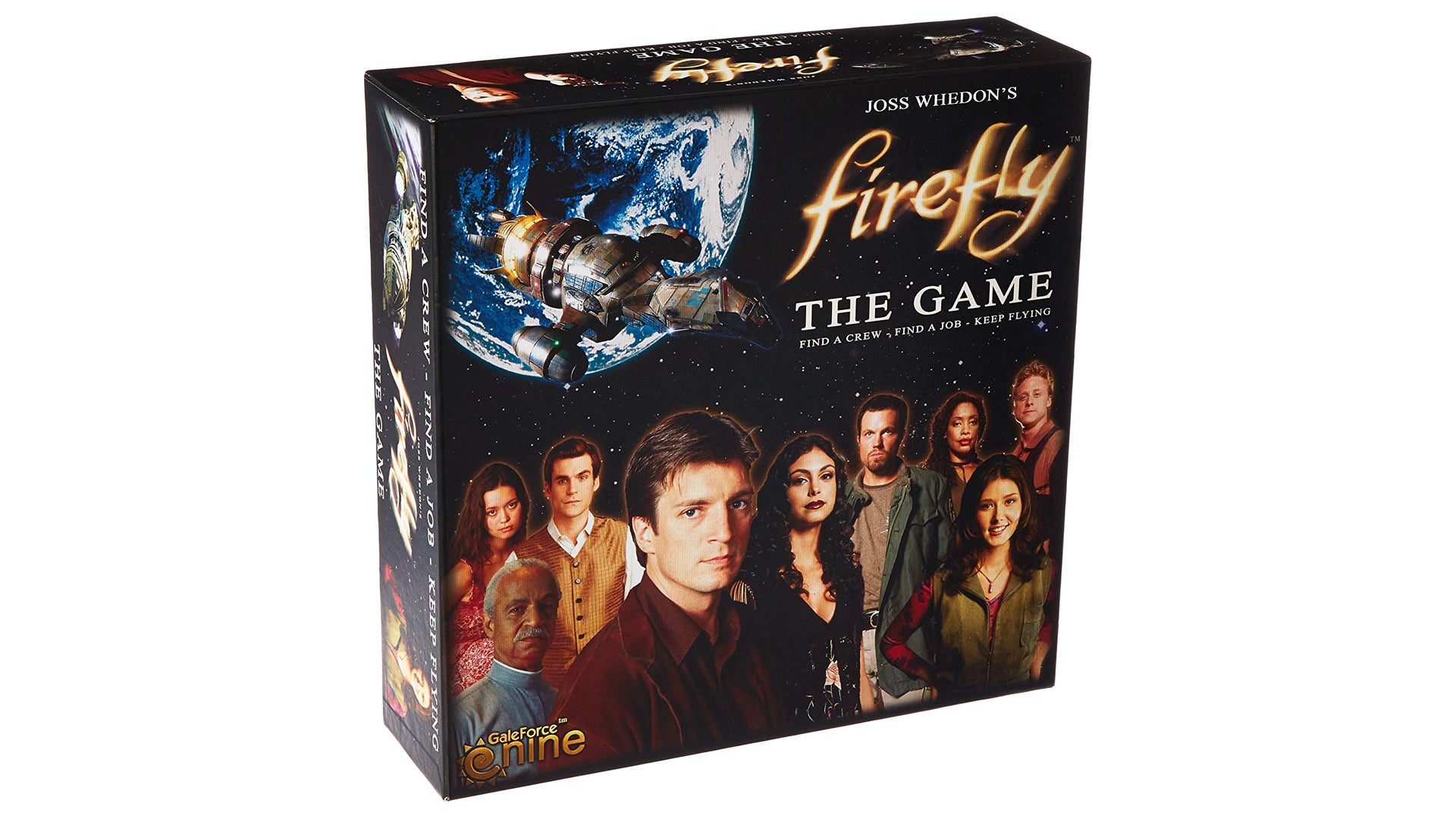 Browncoats gather! Although the cult western-themed sci-fi TV show and its film follow-up Serenity might be long over, this board game adaptation captures much of the spirit of the original series.

And much like the show, it entails dragging contraband cargo across the galaxy with misfit mates in tow.

You start with a ship ( one lucky player even gets Serenity herself), and set yourself up with crew, upgrades and jobs. Not all crew and cargo are above board.

Some might put you at risk of an Alliance (essentially The Man in the Firefly universe) takedown, while others might land you in even worse trouble - depending on who you work with.

Mechanically, you manage your jobs, and upgrade your ship - while dealing with whatever else the cosmos throws at you.

Buy Firefly: The Game at Amazon.

5. The Thing: Infection at Outpost 31 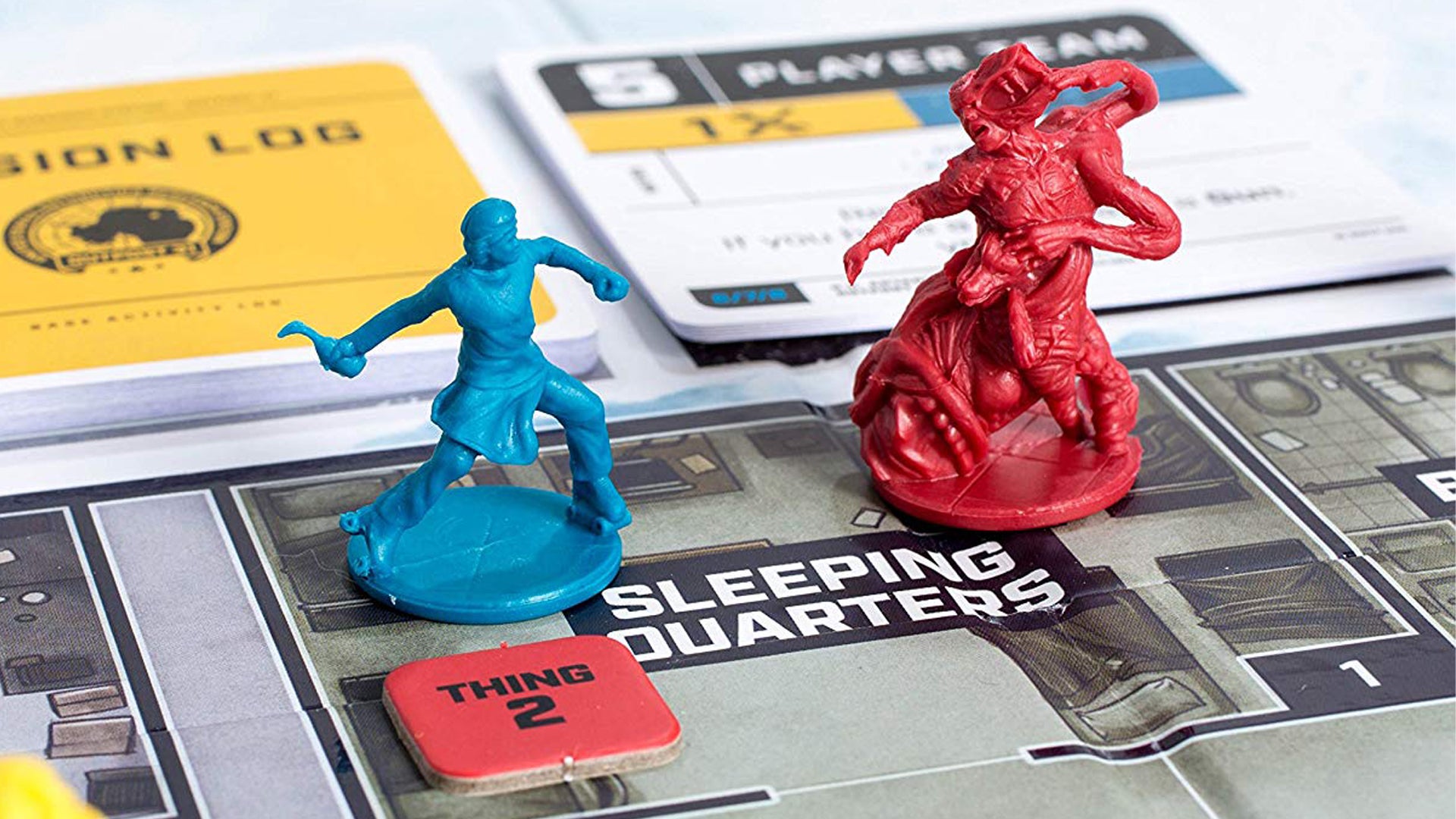 Paranoia and unspeakable madness are inevitable in the board game adaptation of John Carpenter’s The Thing - where you get to kill your friends on the icy fields of Antarctica.

A hidden identity game, much like the film, it’s a grim race to find out who’s been infected with a gross alien lifeform that perfectly imitates its hosts. This is determined in random and secret via player cards at the start of the game.

You’ll each play as one of a dozen characters investigating a desolate winter facility. Supplies and equipment will help you clear the area - and any other entities that might have snuck in.

Meanwhile, the secret alien will be subtly sabotaging the crew’s efforts. It wants to multiply. And it’s real good at it.

If one of the alien hosts should make it out to the escape helicopter (and unleash themselves on humanity en masse), everyone loses.

Buy The Thing: Infection at Outpost 31 at Amazon. 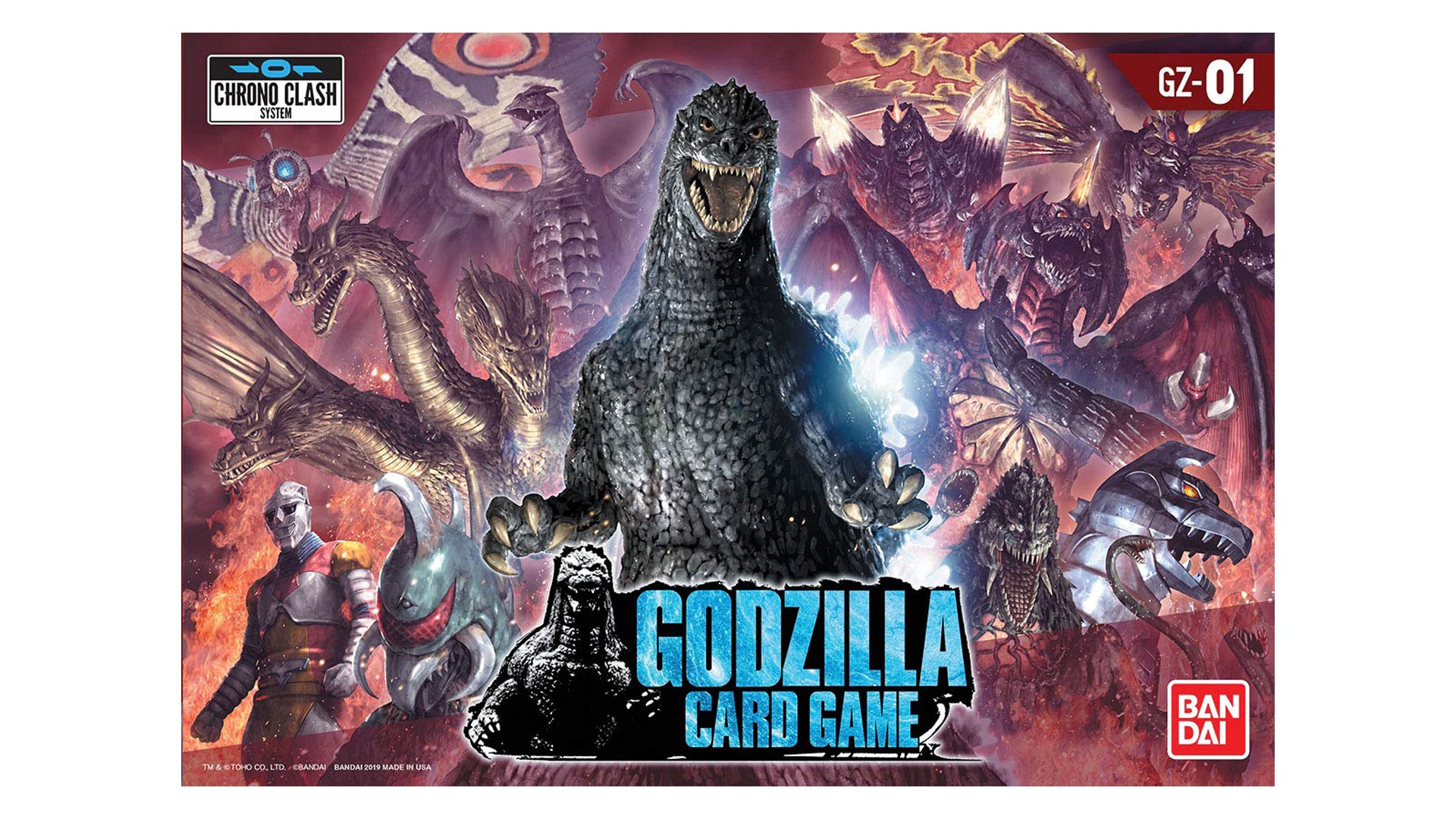 There are all the freakish giant monsters are to be had in the latest Godzilla tabletop title.

From well-known games designer Ryan Miller, it’s a combative card game that puts up to four players head-to-head with creatures from the Godzilla lore. Spoiler: you all get to play gigantic monsters.

These include classic kaiju such as imaginatively-titled deadly moth Mothra (Ahhh, not the fairy dust!), mean Pterodactyl type-thing Rodan and the regal lizard itself, available with both bonus burning fire and what I can only describe as powers drawn from space.

The game eschews traditional turn-based mechanics and instead opts for the Chrono Clash system (also used in Naruto card game), which determines turn order via the position of a player’s token on a shared power resource track.

A fantastic casual option, games take around half an hour, and are straightforward enough to pick up quickly. Plus, who doesn’t want to be Godzilla (or his B-movie compatriots) for a day? 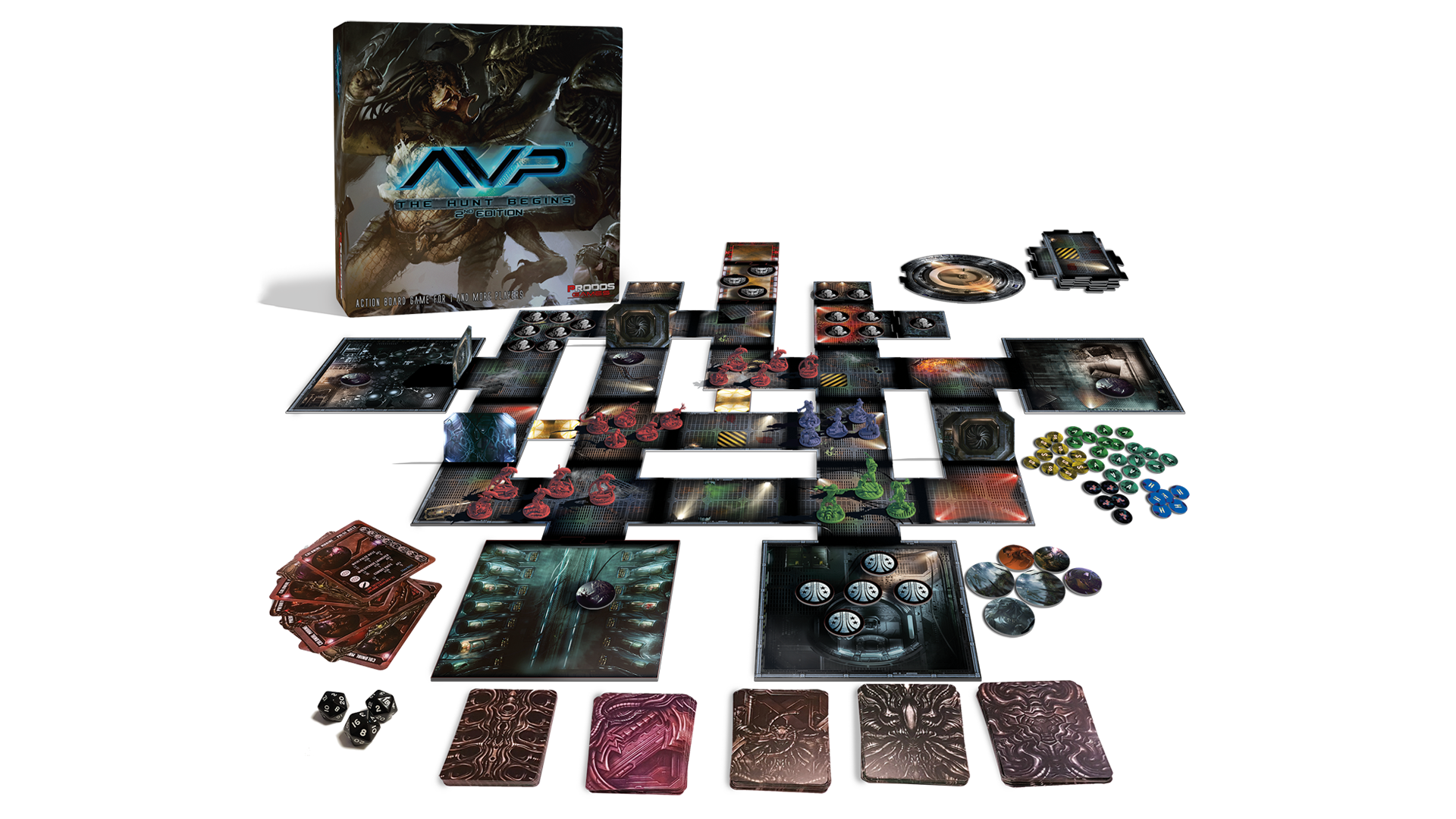 While the Alien vs Predator franchise might leave a lot to be desired, the premise translates surprisingly well to tabletop gaming. Namely, AVP: Hunt Begins, which plays out just like a tabletop war game. It also has many, many miniatures.

As you’d expect, you can play the titular xenomorphs, predators and (definitely doomed) squishy colonial marines, who are pitted against each on decaying spaceship the USCSS Theseus.

The main campaign comprises ten missions joined together by an ongoing story. Its latest revamped edition includes new pre-configured models that require no assembly, and a new co-operative horde mode where players must contend against swarms of aliens.

Long out of print, this legendary strategy game based on Frank Herbert’s dark sci-fi universe got re-released ealier this year to tie in with the upcoming Dune film.

In this game, you control one of six factions angling for Spice - literally the most precious resource in the cosmos.

You then duke it out on the barren plains of the planet Dune, where continuous desert storms rage and big bad hungry sandworms literally arise from the sands. It’s also a game chock-full of bribery, corruption and grisly battle.

An immensely popular title even prior to its re-release, Dune is perfect for fans of Cosmic Encounter (another classic from the same designers) and/or sci-fi based strategy titles. 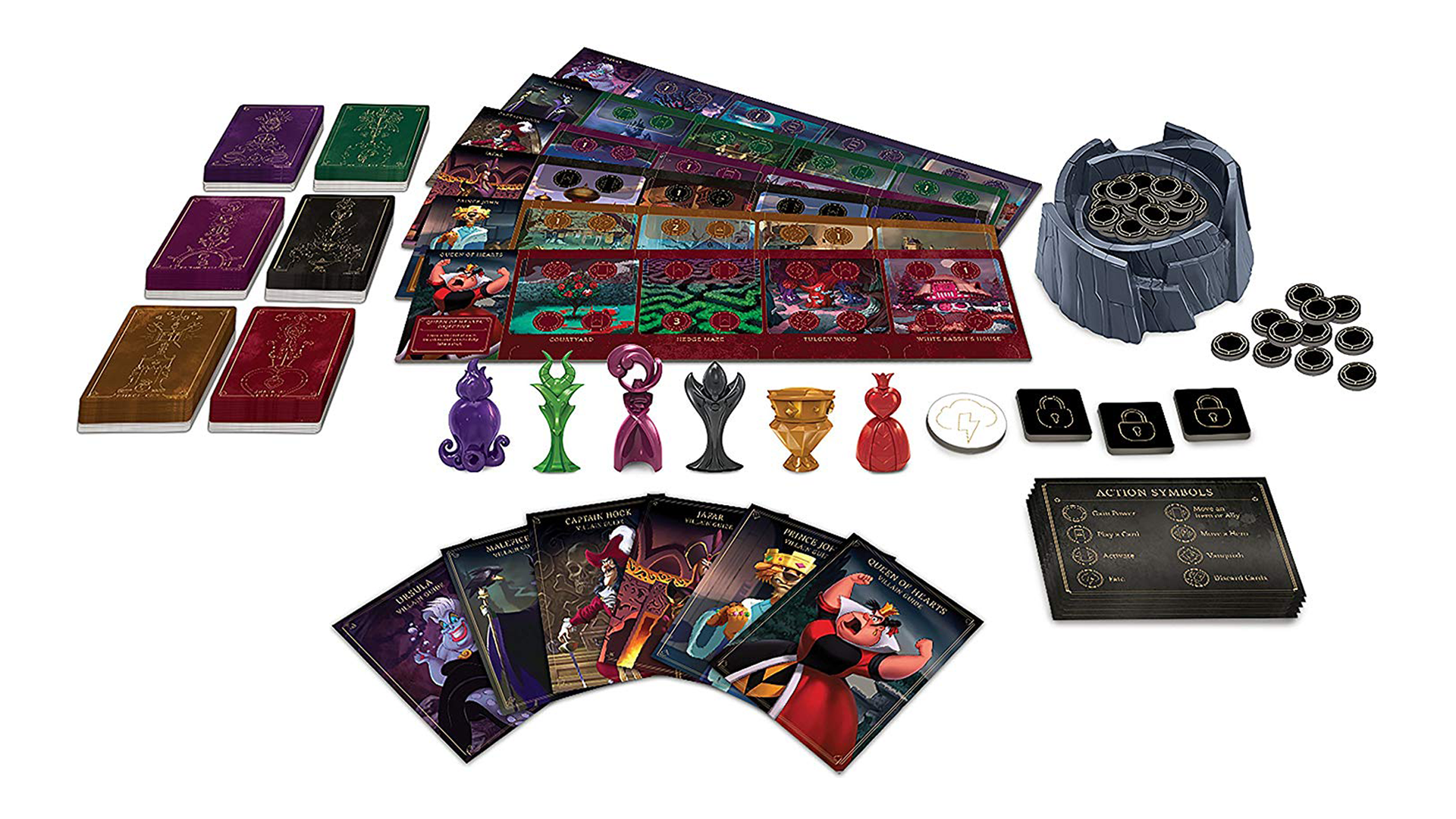 We're used to playing heroes, but secretly, we long to be the Big Bad. This light strategy game in which you can be everyone from nasty sorceror Jafar to shape-sifting sea witch Ursula meets that dark desire, and Disney fans will just adore its aesthetic.

Essentially, you each pick a villain (with their own unique strategy), then use a mix of movement, action and card draws to complete their cruel objectives - and thwart the plans of their opposing hero. This adds an element of storytelling, as you follow dastardly plans to achieve your own wicked ends.

This makes a delightful choice for families looking for something a little more challenging then the usual kid-friendly fare, or strategy gamers/Disney fans who're in the mood for something light, immersive and pretty.

10. The Lord of the Rings: Middle Earth Strategy Battle Game 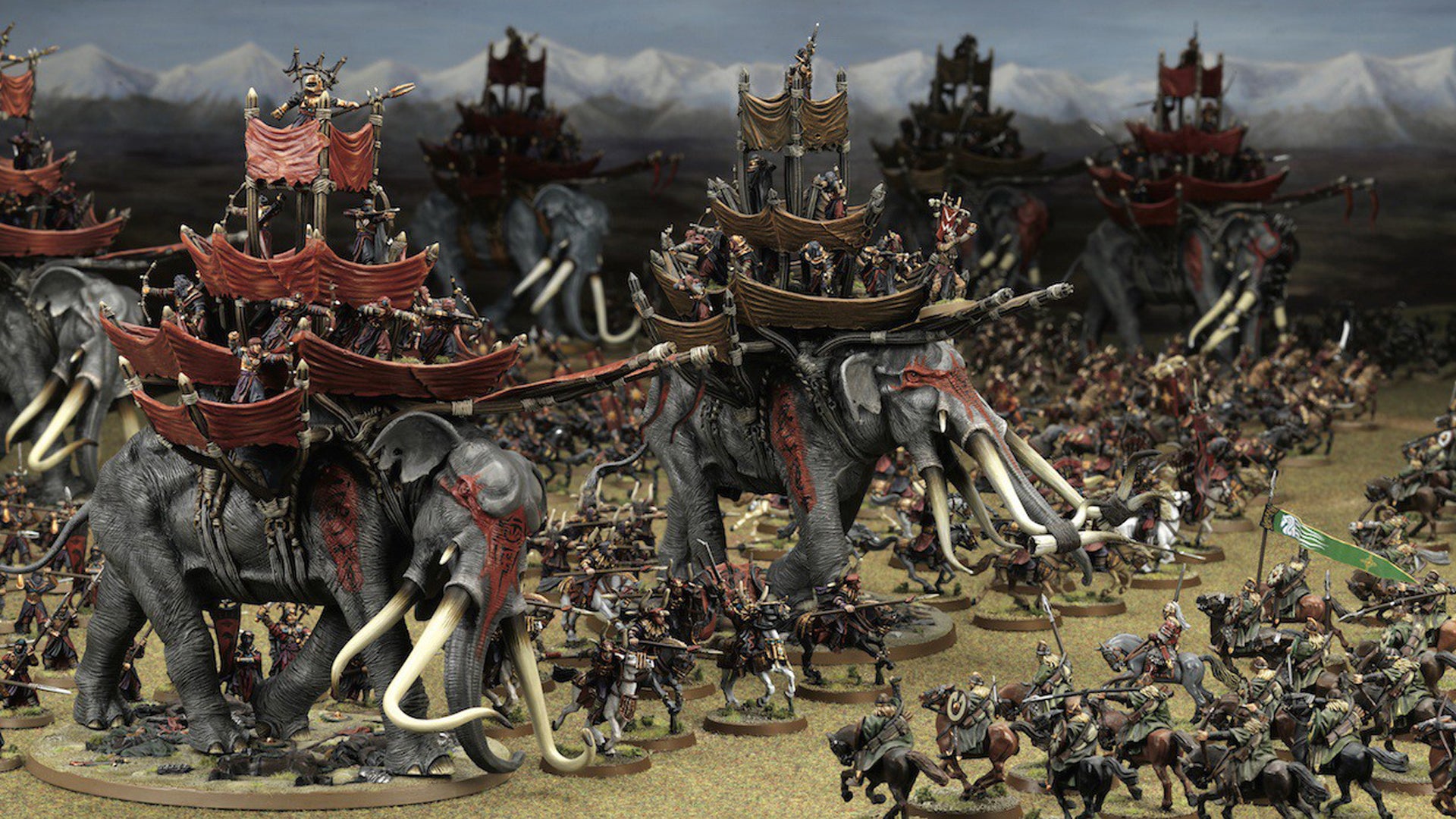 From the mighty Games Workshop, this Lord of the Rings wargame is basically Warhammer meets Tolkien. Just to emphasize, it’s not Warhammer in theme (unfortunately), but in the quality of miniatures and how it operates mechanically.

And just like in Warhammer, you’ll buy the miniatures, put ‘em together, then paint them. Following this, you’ll be able to recreate epic battles from the iconic film trilogy (and The Hobbit too) on your table.

There are over 20 different armies from the world of Middle-earth to build, and they cover the full evil and good spectrum. Even better, there are so many monsters and characters from the series involved. Whether you want to fight winged Nazgul, ringwraiths or elven lords.