If you click on a link and make a purchase we may receive a small commission. Read our editorial policy.
About Letter Jam

You know how it is with word games. Scrabble, Bananagrams, Codenames: everyone's up to play them, but then they lead to bad feelings. Impatience, grumpy poor spellers and, even then, they never quite manage to scratch that strategy itch. Enter Letter Jam, the word game that really is for everyone, including those who want a little more wisdom in their wordplay.

For starters, it's a co-operative game. You know how it is with co-op games, too, when the most experienced player at the table bosses everyone else around. Not here, because here everyone gets a five-letter word, facedown, from another player, and they have to work out what it is. You can't boss someone around when all the players are stuck on their own puzzle. Especially when it's as sticky as Letter Jam.

Each word is spelt on letter cards. You'll have one stood up in front of you, so everyone can see it but you. You can see everyone else's cards. Players think of words they can spell with the letters they can see. Then you all discuss which clue to use, only revealing how long it is, and how many players’ letters it uses. Despite the sparse details, a real sense of co-operation over competing priorities emerges. Sometimes it's best to pick a word that helps the most players. Sometimes it's better to choose a shorter word that helps a straggler or teases out a tough letter. 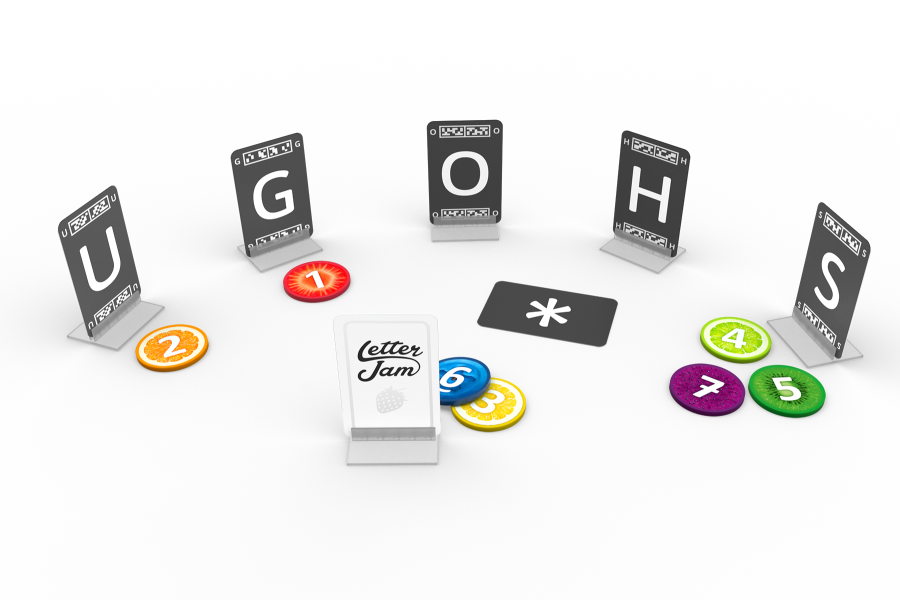 Whoever gets picked places a numbered chip by each letter their word uses to show what order they come in. These chips are the nicest things in the box: heavy, smooth and printed in bright fruit colours. Quite a contrast to the other plain components, down to blunt pencils with an included sharpener. If your letter gets a chip, you'll now have a clue what it might be. Say it spells "ta?k": you know now that's an "n", an "s" or an "l". Unless the speller is keen on DIY and it's a "c".

Next, you discover that your obedient servant, the English language, is far more capricious and confusing than you imagined. Take the clue "e?e", for instance. A good clue that will point the lucky recipient to their secret letter, since it's got an obvious answer. Except that a literal-minded recipient might decide to work it out by going through the alphabet in order, and come up with "eke".

With each round, you get more clues as to what your letter might be. Once you're confident, you put it to one side and stand up another. And so on, until everyone has worked out all five letters in their word. Or, as is far more likely, you run up against the brutal limit of around a dozen rounds and start making best guesses in a blind panic. And everyone ends up with improbable gibberish, like thinking they're got "rages" when it is, in fact, "brink".

Then you'll play again. Because that reveal at the end, when you flip the cards and find out how bad you were, is a real peak. And because you'll have had a fun time, high on that most addictive of drugs: confidence that you know better for the next game. At which point Letter Jam will prove it still has a lot of subtleties for you to master, and the game is really on.

As if the formula wasn't clever enough, there's a slew of cunning aspects to the design that further widen its appeal. There's a wildcard, for instance, which increases your options but risks baffling team-mates with an extra blank in their word. The round counter yields extra time if all the players contribute clues, pushing everyone to join in. Weaker players can start with three or four-letter words, masochists with six.

The pressure of getting your letters as the rounds tick down is an ever-increasing weight. As the tension tightens around you, it's tempting to give in and start guessing based on the information you have so far. And it can pay off, especially if some possibilities seem more common than others. But do you dare be the one to risk it and derail the group? 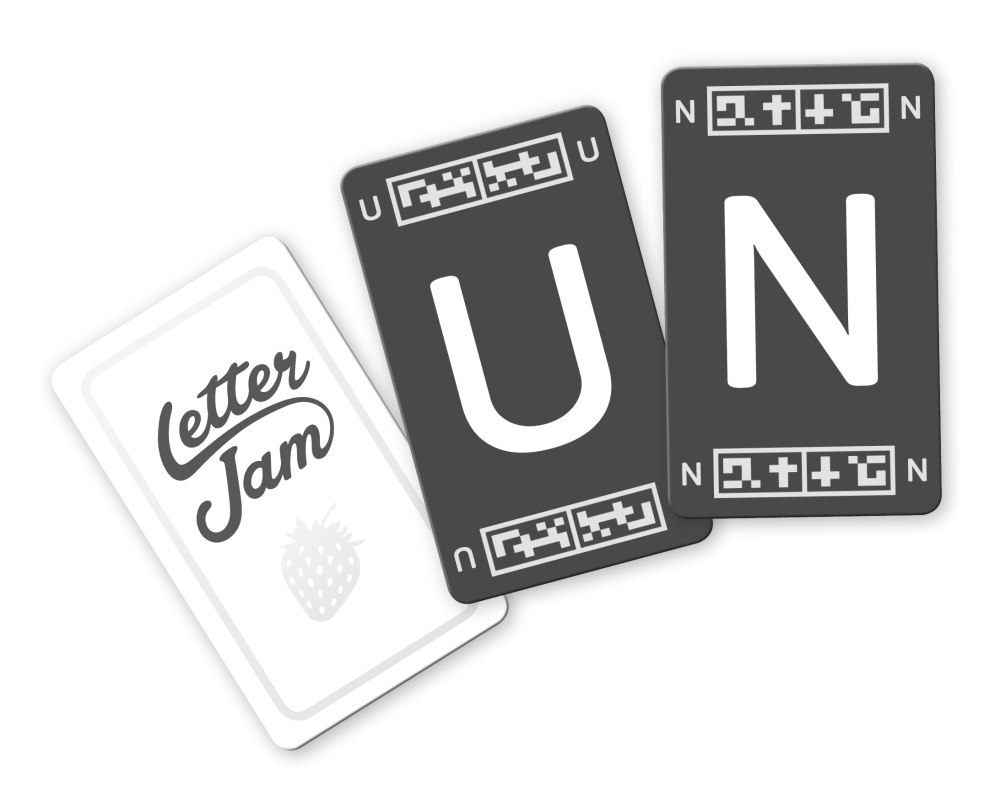 It might sound like a heads-down puzzle, silent as everyone concentrates on working through their options. In reality, there's plenty of table talk. Discussing clues is difficult and tense, as players have competing views about the most urgent goals. That also creates a real sense of collaboration as individuals make sacrifices for the group. And when the results come in, they're often accompanied by exclamations of bafflement, relief or frustration.

Clue-giving can, however, be frustrating in a more negative sense. The rules on what you can and can't say about your clue are both a little vague and a little fiddly. Most groups will settle on a collective understanding they're happy with. But until then, the experience can be a bit slippery. And it's still easy to let slip more than you intended.

Rules are the one area where Letter Jam's recipe can come unstuck. With its wide appeal, co-operative play, 40-minute duration and adjustable difficulty, it should be a fine family game. It should be competing with Just One and Dixit on the edges of mass-market party fare. Yet it's also one of those games that's easy to learn in theory, but weirdly hard to explain in practice. Everyone will get it in the end. But a practice round or two is often necessary for new players.

Once they do get it, a world of puzzling pleasure awaits. This is a tough game. Far more crunchy, creative and contemplative than most of its ilk. So much so that even the win conditions slip into that slight vagueness with the phrase "more or less". But it's a signpost that the real joy here isn’t the victory; it’s the pleasure of play. Get stuck in, and you'll find Letter Jam's recipe is far sweeter than its plain packaging suggests.