If you click on a link and make a purchase we may receive a small commission. Read our editorial policy.
About Ragusa

You can now experience one of the most captivating times in Italian history with the Renaissance intrigue board game Venice.

An engine-building game for one to five players, Venice has you collating enough power and wealth to earn you a place in the city’s prestigious political system, all whilst avoiding the watchful eyes of the inquisition.

Every player starts the game as a merchant looking to travel the canals of the city and sell their wares to various members of the Venetian public. But goods aren’t the only resource on the table as players will be able to trade in valuable secrets and rumours as well.

Each turn players choose to move one of their two assigned gondolas to a building on the board, these buildings can range from markets to monasteries to senate houses with each one enabling a different action to be performed. However, said actions can only be performed if you have assistants stationed there, with each one activating that building’s action as you pass by. If you have an assistant in the building your gondola stops on then you can choose to promote that assistant, thereby enabling you to perform a better action next time one of your gondolas passes by. 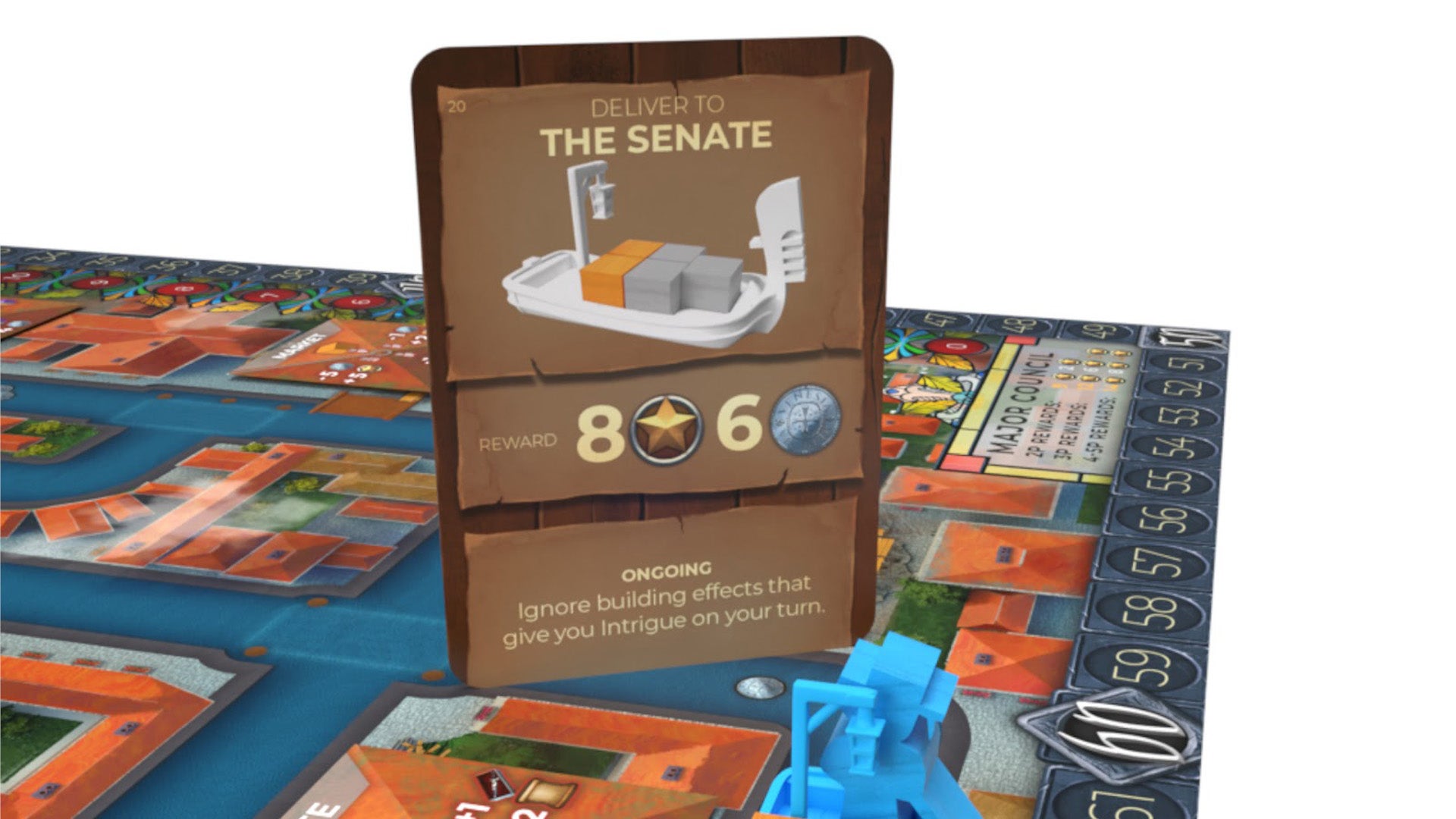 But whilst they collect goods and promote assistants players will have to be careful to avoid getting too cozy with other merchants, as passing by another player’s gondola leads to the rampant spread of gossip and the increased interest of the inquisition.

This is where players will have to balance their enterprising actions with remaining inconspicuous, as too much gossip-worthy activity inevitably leads to a house-call from the merciless inquisitors. If a player does enough to catch the eye of the inquisition then their business is shut-down and they are locked up indefinitely, thus ruining their chances of winning.

Venice is a ‘spiritual’ successor to Braincrack Games’ previous historically inclined city-building game Ragusa. However, it has not been created by the same designer as Ragusa (Fabio Lopiano) instead being a joint effort between David Turczi, designer of Anachrony, and Andrei Novac, co-designer of Exodus: Proxima Centuri.

The game is currently on Kickstarter until December 15th with the base pledge of £39 getting you a copy of Venice with all the stretch goals, which is estimated to ship in June 2020. There is an option for retailers to order copies of the game but no confirmation as to whether there will be a retail version.